Haplo Group and you and disease!

Did you do your DNA yet.  You can learn your Haplogroup from it.

Here is a explanation of it from Wikipedia:

From Wikipedia, the free encyclopedia
...A haplotype is a group of alleles in an organism that are inherited together from a single parent,[1][2] and a haplogroup (haploid from the Greek: ἁπλοῦς, haploûs, "onefold, simple" and English: Group) is a group of similar haplotypes that share a common ancestor with a single-nucleotide polymorphism mutation.[3][4] More specifically, a haplogroup is a combination of alleles at different chromosomal regions that are closely linked and that tend to be inherited together. As a haplogroup consists of similar haplotypes, it is usually possible to predict a haplogroup from haplotypes. Haplogroups pertain to a single line of descent. As such, membership of a haplogroup, by any individual, relies on a relatively small proportion of the genetic material possessed by that individual. 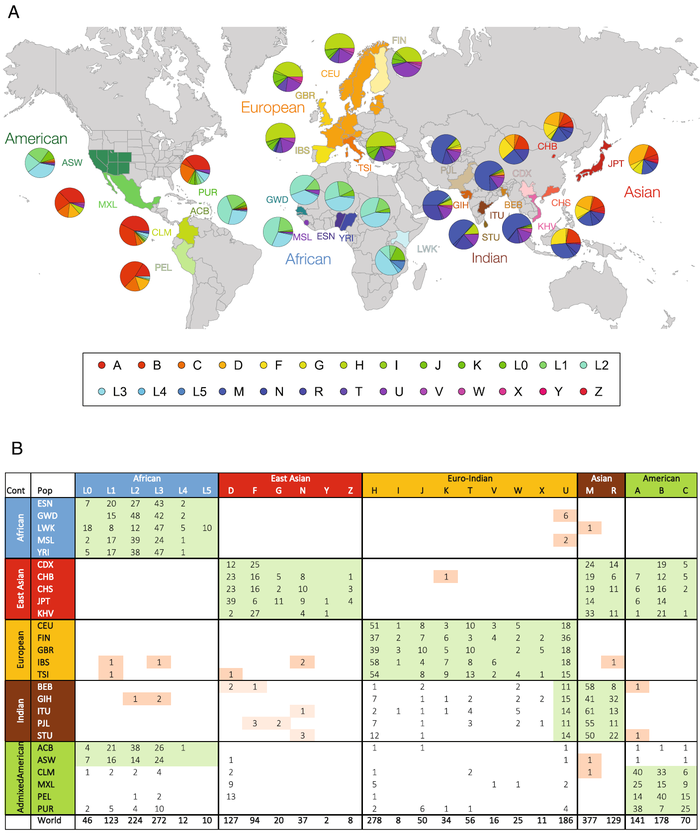 Then did you know your Haplogroup can determine if you can get certain illnesses as explained here:

Mitochondrial (mt)DNA haplogroups in a German control group (n = 67) were characterized by screening mitochondrial coding regions encompassing most of the ND, tRNA and cyt b genes. We used a PCR-SSCP screening approach followed by direct sequencing of polymorphic mtDNA fragments. Five major mtDNA lineages, diverging in at least nine different haplogroups, could be defined by characteristic polymorphic sites in mitochondrial genes. Additional sequencing of two hypervariable segments (HVS-I and II) of the non-coding displacement (D) loop in all control subjects revealed that certain D loop variants were strongly correlated with lineages and haplogroups, while others represented hotspots occurring frequently in different haplogroups. The existence of identified lineages and haplogroups received support from data in the literature, obtained by use of different approaches. Subsequently, we investigated four disease groups for association with these haplogroups: (i) LHON patients (n = 55) carrying at least one of the primary/intermediate LHON mutations at nt 3460, 11778, 14484 and/or 15257; (ii) patients suffering from Wolfram or DIDMOAD syndrome(n = 8); (iii) MELAS patients (n = 9); (iv) a group of children, who died from ‘sudden infant death syndrome’ (SIDS) (n = 9). The distribution patterns among the haplogroups of the disease groups (LHON, DIDMOAD and SIDS) differed considerably from the control population. LHON and DIDMOAD were significantly under-represented in the most frequent German haplogroup DC, but were concentrated in a mtDNA lineage defined by polymorphisms at nt 4216+11251+16126. As this lineage diverged into two precisely defined haplogroups, LHON and DIDMOAD could be assigned to the two haplogroups separately. Strikingly, SIDS was often found in association with two rare German haplogroups. MELAS patients were equally distributed among German haplogroups and, moreover, did not reveal any accumulation of specific D loop variants. We conclude that certain European mtDNA haplogroups define a genetic susceptibility basis for various disorders.

As you see in the abstract their are very telling illnesses/disease that have all to do with your Haplogroup.  Amazing and sad as stated in the abstract with SIDS.
So can your Haplogroup also keep you from becoming ill from Pandemics?  I tried to find this out.  There are no current studies on it.  Who knows in a few short years someone may take an interest an we might learn a result.
So you did do your DNA!  Did you know there is a service that can provide you with many answers.  I uploaded my raw DNA in a service called Prometheas.  It can tell you what color eyes you should have.  I had to share with them that nope my eyes are not so yellow as they say.
It can let you know if Parkensons disease in in there too.  But mine was negative.  Lucky me and my decendants.
Posted by DuSyl at 3:53 AM 0 comments

So your Ancestor created you before sub-coming to a Pandemic.

That's great because here you are.  There are still babies being created and born here in Covid-19 times.   How many of them will remember the pandemic Covid-19 and pass the lessons learned to the New Generations?

We can be sure most likely we will not be around.  Write in your journals.  Keep your story going.
Posted by DuSyl at 12:14 AM 0 comments

Recently I read the book"Queen of Katwe"  true story of a very young chess champion.  Got me thinking.

How many of you have played or still play chess.  In family history are we not kinda doing the same.  The King is the elusive Ancestor.  We are moving around, could be physically or sitting on your bottom using the internet.  Seeking out that ancestor who we believe is the right one.

Ah how happy we are not to have taken a DRAW,  that when we actually win this very long tedious game of ancestor chess we are successful in adding the correct name into our tree.

I learned chess when I was a teen babysitting for one of my regular babysitting jobs.  The mom was German.  She had been teaching the children.  The daughter Brenda, set me on the road to chess.  I could not get my siblings interested.  There were no chess clubs at school.  I learned as much as I could I tried to improve my game by reading the extremely boring old people chess book.

I would teach what I knew mostly to children, it was great when they could suppass me.

Then when I had my own children I taught them .  My older son excelled in it.

I have not played in a long time on a board,  cause now I play the ancestoral game of catch the ancestor.

Email ThisBlogThis!Share to TwitterShare to FacebookShare to Pinterest
Links to this post
Labels: ancestor, Chess, Family Lore, Queen of Katwe 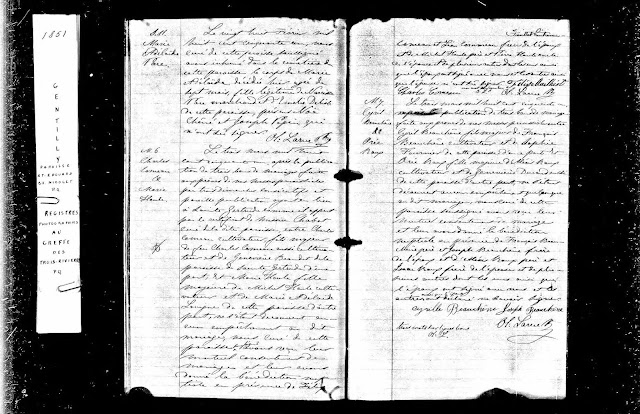 My Ancestors in Quebec
Posted by DuSyl at 12:25 PM 0 comments

17.
32 sets of GreatGreatGreatGrandparents.  Do you know all of your
Yet? Get busy if you don't.
Posted by DuSyl at 10:18 AM 0 comments

With DNA comes your Haplo Group.

Your origins tru the oldest female lines.
Girls and Women only carry their Mothers.  It is continuously passed on through the generations.  Mother to daughter, Mother to son.

A Man will never pass his Mothers Haplo group on to his children.

Curious how the children of Israel state that they are Jewish through their mother.

Died before 1485
Presumably already dead in 1463: 'the children of' are then mentioned; 1468: the yard that was previously owned by Joerden Sbrouwers. In 1466 mentioned: yard of the children Willem Brouwers. In 1470: vidimus of a deed from 1429 containing "Joerden Jans de Brouwer as legal man of Agnesen's daughter Dirck (van der Vloet)"

ORA Oirschot (Toirkens 126a fol 44 nos 208/209 of All Saints and St Hubertus 1493) Joerden Joerden Sbrouwerss promised to his brother Henrick that from now on every year a rent of 21 mud rye to go, measure of Oirschot, always falling on Maria Lichtmisdag , on the basis of a house, garden etc ,. located under Erdbruggen here large approx. a bunder, b.p. Gielis Stansen, Jan Wouters van de Loo, Peter Lanen, the heys of Heijlwich Heijmericks, the common street. (Idem 209) Joerden Joerden Sbrouwers has promised to Frank de Haest that from now on a rent of 1 mud rye per year to pay, measure of Oirschot, always on Maria Lichtmisdag on the basis of the aforementioned property under Erdbruggen.

ORA Oirschot (Toirkens 126a fol 22 nos 125-6 dated 1-9-1495) Jonker Wernaert van Merode son of the late Mr. Ricalt van Merode sells letters to Cornelis Smeeds on behalf of Henrick Joerden Brouwers an interest of 4 tributes per year , beaten by the 4 Electors, with 5 overdue installments, which interest Jan Jan Bruijstens and his lawful wife Aleijt had promised to Mr. Ricalt van Merode and his wife Margriet van Arkenteel, to always pay on St. Gielisdag on the basis of a house, garden etc. located under Erdbruggen here, bp Jan Brouwers, the common street. Still on the collateral of a beemd called the Ter Meijenbeemd, large approx. 3 and a half bunder, b.p. Goijaert van Berckt, the heirs of Goijaert van der Vloeten, the common street. The seller on behalf of the heirs also of Mr. Ricalt van Merode promises to handle all the expenses on his part. (Ditto 126) Joerden de Brouwer promises youngster Wernaert van Merode per a.s. Maria Lichtmisdag over a year, pay 40 guilders, with the golden guilders 25 pennies, etc. together with an interest of 2 pars, each peter against 18 stivers.

Your DNA can give you a whole new way to look at yourself.

19.
Do you know who to pass on the genealogy to in your family.  Will it be one of your children grandchild, niece, nephew, or a great one of these.
Posted by DuSyl at 8:49 PM 0 comments

10.
Four Sets of Grandparents
Posted by DuSyl at 8:19 PM 0 comments 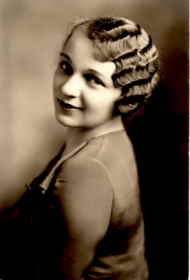 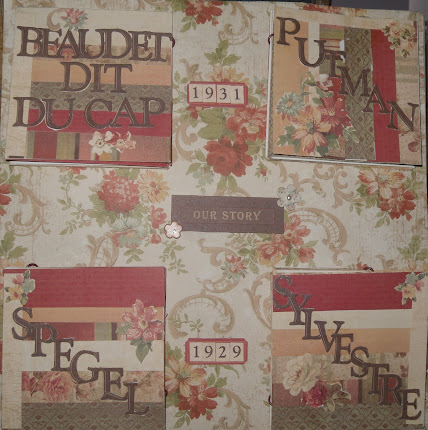 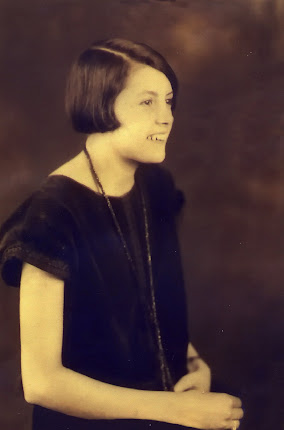 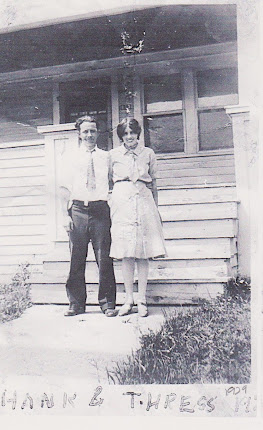 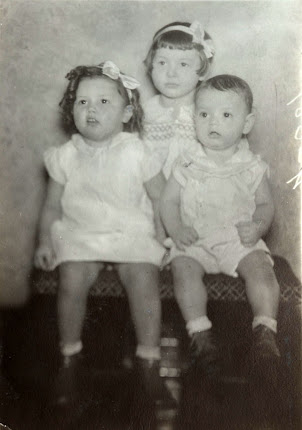 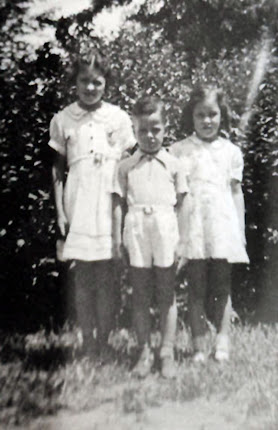 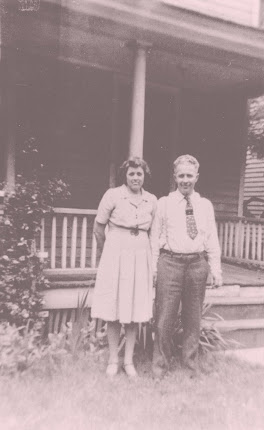 Join In The Family Fun

One day I will find as many as I can of The Ancestors.

Sometimes I imagine I will put a book together, but then I say How many more should be included. Family is Living & Breathing always changing. 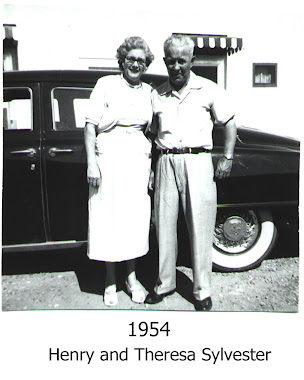 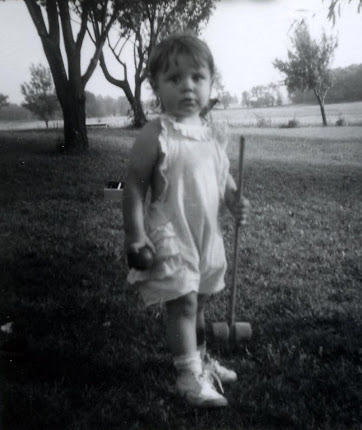 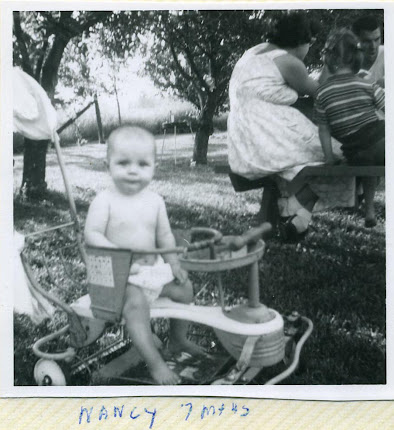 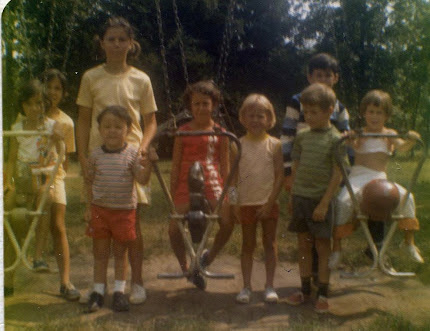 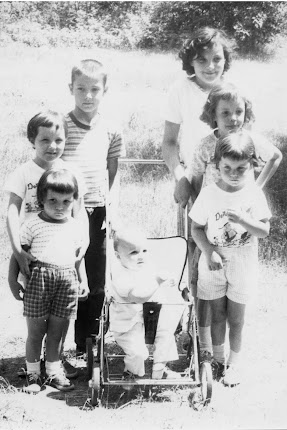 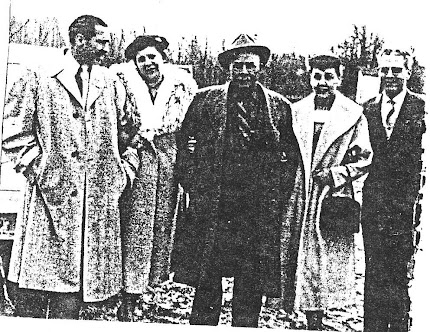 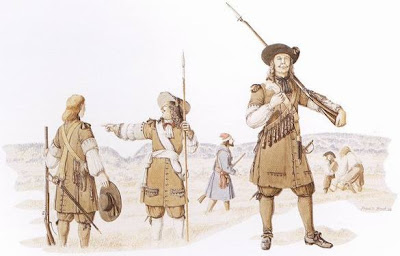 After Christmas Play performance at the Boris House 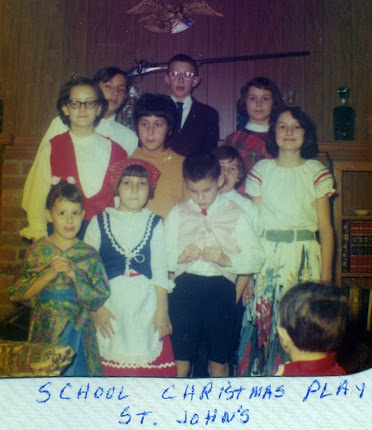 Cousins, bck row: Ken, Tom & Virginia. Nxt row: Jozann, Annie, Nancy all the way to the right. Bottom row: Mary, Partty, Mike. [not sure who is behind Mike] 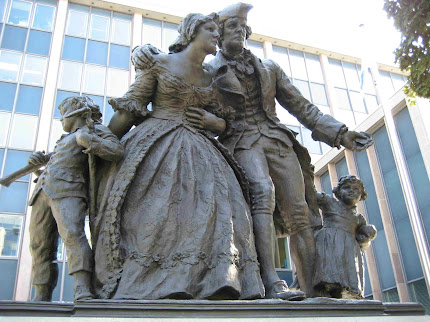 Those escaping for political resons, To bad it was not the right side. 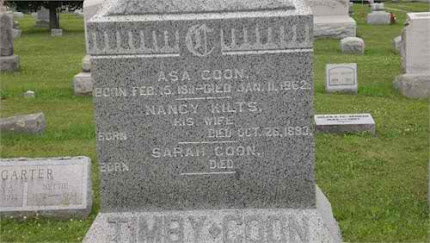 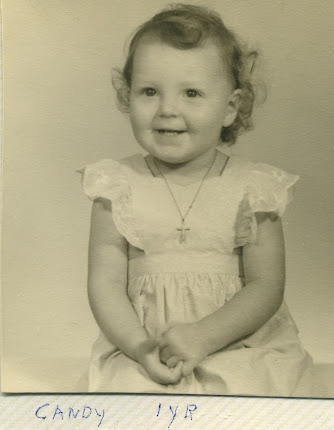 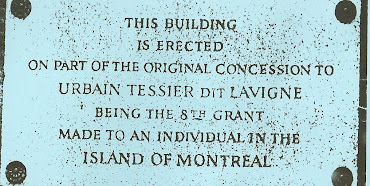 Land Concession Given to my Ancestor 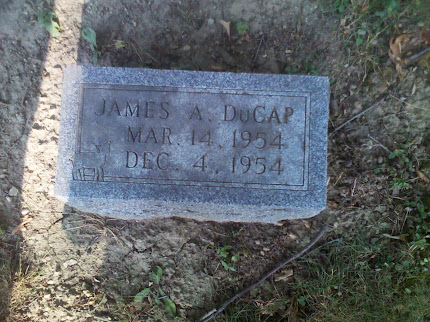 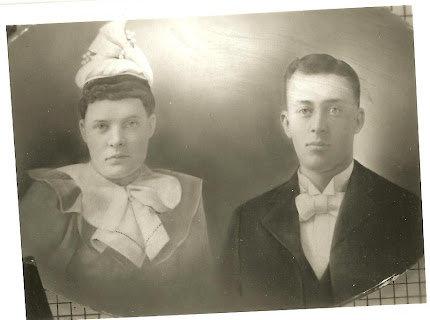 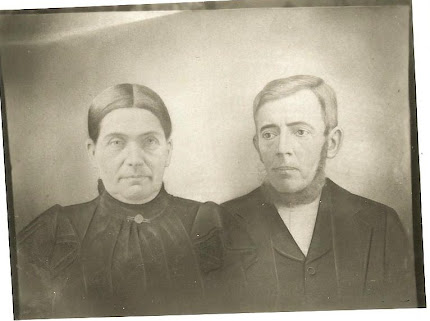